On June 21, 2015, I was privileged to officiate my sister and brother-in-law’s wedding!

The following photos are from their ceremony held at The Bing Crosby Theater in Spokane, Washington.  Most of these were taken by the amazingly talented Ifong Chen, whose gallery of the big day can be found here.

Family has always been important to Scott and me; aside from it being the first day of summer, we picked the date of June 21st for our big day so that we could share my parents’ joy as they celebrated their 40th wedding anniversary. My dad got to spend Fathers’ Day with both of his daughters for the first time in years! Scott’s brother was his best man and my sister did double duty as our officiant and as a bridesmaid. My engagement ring is a combination of our families using diamonds from my grandmother and Scott’s mother; both passed away in 2013 so it’s a bittersweet reminder of these two amazingly strong women. In planning our wedding, Scott and I wanted two different-feeling experiences for the ceremony and reception. Our ceremony was personal, heartfelt, and a little whimsical with huge purple balloons lining the aisles and non-traditional music. Scott and I wrote (and cried through) our own vows and chose to incorporate a traditional handfasting to symbolize our union. 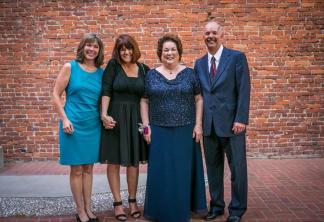 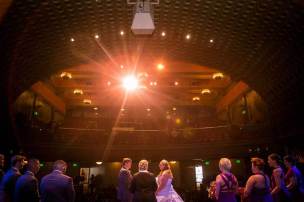 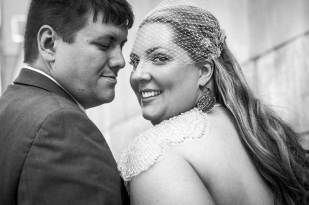