What is it about seeing a sunrise that’s so good for the soul?  There’s something so freeing about going out to a deserted beach in the wee hours of the morning to see the sun rise seemingly out of the ocean.  Slowly you see the sky changing colors and you can pinpoint the very spot where the sun will soon ascend above the waters.  And it inevitably does.

No matter what’s going on in the world or in our lives, the sun rises day after day.  The glorious light of morning breaks forth into the world.  It was John Ruskin who once said, “Let every dawn be to you as the beginning of life, and every setting sun be to you as its close.”

Or we can recall this amazing quote from my beloved The Lord of the Rings: “It’s like in the great stories, Mr. Frodo. The ones that really mattered. Full of darkness and danger, they were. And sometimes you didn’t want to know the end. Because how could the end be happy? How could the world go back to the way it was when so much bad had happened? But in the end, it’s only a passing thing, this shadow. Even darkness must pass. A new day will come. And when the sun shines it will shine out the clearer. Those were the stories that stayed with you. That meant something, even if you were too small to understand why. But I think, Mr. Frodo, I do understand. I know now. Folk in those stories had lots of chances of turning back, only they didn’t. They kept going. Because they were holding on to something . . . That there’s some good in this world, Mr. Frodo… and it’s worth fighting for.”

The darkness must pass.  A new day will come no matter what!  We also know that Jesus often went to deserted places to pray, sometimes in the darkness of the night to await the coming of a new day:

Yes, the dawn is the beginning of life.  The sun will shine and it will shine out the clearer.  And sometimes we can get up in the morning, while it’s still very dark, and go out to a deserted place to pray. 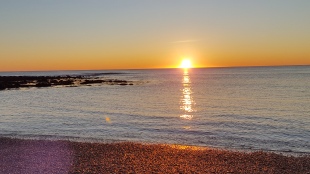 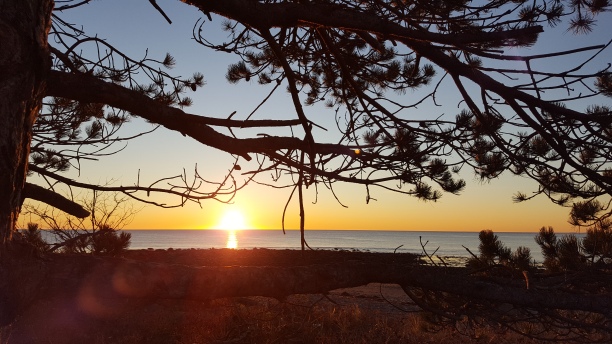 There is Power in the Blog
Sicut Locutus Est